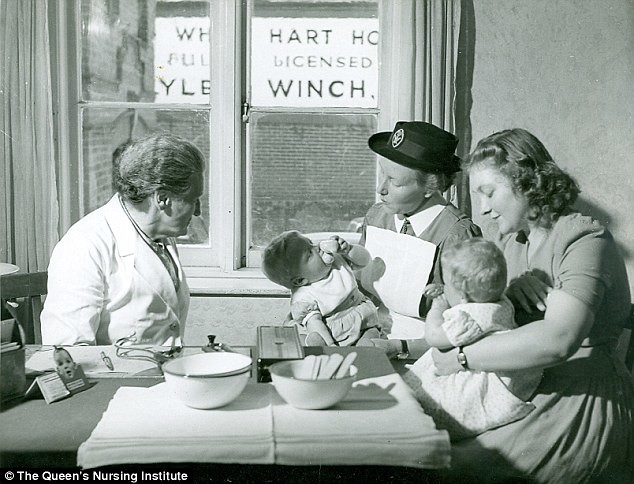 Maternal and child health has seen remarkable transformations over the last seven decades.

The advent of the NHS in 1948 sparked a renewed interest in maternal health and saw improvements in obstetric care, whilst the high maternal and neonatal death rates of the late 19th and early 20th century continued to fall dramatically.

Women were becoming more aware of how to protect their unborn child and their own health.

New technologies led to further change, with antenatal testing and monitoring available, most notably the ultrasound. Originally used as a diagnostic aid for high risk pregnancies, by the 1980s it was used routinely in all pregnancies.

Today, women giving birth can expect to receive safe, personalised care. A wide range of antenatal and postnatal support and advice is also provided, ensuring women are well informed and supported to make the best choices for themselves and their baby.

In 1936 maternity and child welfare schemes were reviewed with recommendations that GPs, school health services and those for under-5s be in a single service and by 1948, services were known as ‘child health’ rather than ‘child welfare’.

In the 1950s and 60s, the health centre concept developed, linking preventative and treatment services with integrated services for children.

Previously common childhood ailments such as ringworm and impetigo became very unusual.  Improved housing and diet were central to these improvements, along with immunisations which prevented common causes of infection.

Health Visitors played an important role in supporting children and families to maintain good health. Over the years their role has evolved, and today’s health visiting team now consists of staff nurses, nursery nurses and health care support workers. They offer advice on maternal and infant nutrition and help with issues such as sleep patterns, feeding concerns and behaviour as well as signposting to community services and groups.

Cookies are small files stored in your browser and are used by most websites to help personalise your web experience. Some features on this site will not function if you disallow cookies.

For additional information on cookies please check out the Information Commissioner´s Office.

You can change your mind at any point and update your cookies preferences by clicking on the 'cookies' tab at the bottom of the page or the link in the footer of pages.

Please let us know what you think of the cookies information we're providing by filling out our Cookies Feedback Form (you will need to enable cookies to complete the form).

This is a small cookie used to store your cookie preferences. No personal information is collected about you or about your computer.

Analytical cookies allow us to recognise and count the number of visitors to our website, and to see how visitors move around the site when they are using it. This helps us to improve your website experience and the services we provide. No personal information is collected about you or about your computer.

We use a number of social media tools and external applications to enhance visitor interaction on our site. If you already use these tools and applications their cookies may be set through our website. If you do not use them then our site will not place these cookies on your device.

These cookies are used when completing online forms, logging in to the site and using the 'find my nearest' functionality (stores search history). They do not contain any personal information and for the most part are automatically deleted when you close your browser.

We have placed cookies on your computer to improve your experience here. If you do not want us to use cookies you can change your settings at any time.